Focusing on the offense itself, which is the criminal history factors, I have very big concerns. We have two serious convictions for the most serious sex offenses under Wyoming law, sexual assault in the first degree, sexual assault in the second degree. We have offenses committed against very young minor children. We have offenses committed against a male and a female.

We have offenses he's committed against grandchildren. There was a concern I have about the testimony of Mr. Avery basically denying any offense in the first hand relative to offenses to which he stands convicted. The Court clearly had to have accepted a factual basis to accept his pleas of nolo contendere in the first instance and his denial of statements made in a pre-sentence investigation which was adopted in the course of that criminal proceeding and documents his statement or his version of the offense substantially in my mind impeached his credibility in these proceedings.

So because of those primary factors, although I'm considering all of the factors, including clearly that his physical condition minimizes his risk for offense, I have to come down on the side of the State in this matter because of huge concerns I have in those areas I've identified. I'm going to make a finding of a high risk for re-offense in this case and ask, Ms. Wilking, if you would, to prepare an order reflecting that ruling for Mr. Painter's approval as to form. We conclude that such is the case. The evidence established that the appellant was a seventy-two-year-old man who, approximately sixteen years earlier, had been convicted of sexually assaulting his step-grandchildren.

For some reason not explained in the record, he was allowed to plead no contest, and he served only forty-five days in jail.

If the statutory classification system is to have any integrity, the State must prove more than the mere commission of the original offense, especially where the offender has been out and about in society during the interim without further offense. The five points outlined by the district court in this case might carry greater weight in the case of a recent crime with a newly released offender.

However, they cannot very well meet the State's burden where the offender has been in the community for sixteen years without proven recidivism. The district court, without much information, is asked to predict the likely future conduct of an offender. If the district court "guesses" wrong, and someone who was assessed as low risk or moderate risk re-offends, the district court's judgment may be called into question, not to mention the fact that there will be a new victim or victims. On the other hand, if the district court takes the safer route, and classifies all offenders as high risk, then the public warning feature of the system is rendered meaningless, and individual offenders are not treated fairly.

In the instant case, the great weight of the evidence simply did not justify placing the appellant in a high-risk category. After stating the applicable standard of review, the majority proceeds to disregard the substantial evidence supporting the district court's findings and make its own determination without the benefit of observing the witnesses.


The majority uses preponderance of the evidence as the standard of proof. This standard is met if the evidence leads the trier of fact to find that the existence of the contested fact is more probable than its nonexistence. Parker Land and Cattle Company v. Wyoming Game and Fish Commission, P. Curless, P.

It confines review of the exercise of discretion to its appropriate scope--i. United States v. Criden, F. The district court concluded, based on all the evidence and consideration of the statutory factors, Mr. Avery presented a high risk of reoffense. Springer v. Although a different judgment may have been reached and the question the district court faced may have been a close one, the court's findings are not clearly erroneous.

It cannot be reasonably concluded, based upon this record, that a mistake was made. First, the record indicates the court considered substantial evidence, the most persuasive of which may have been Mr. Avery's own testimony.

Second, the court carefully explained how the statutory factors were considered and weighed. Nothing in the statute mandates one factor should be determinative of the outcome. Instead, the district court is directed to find the appropriate level of risk of reoffense based upon a review of all the factors, weighing them equally. The majority places undo emphasis on the lack of evidence of actual reoffense and Mr. Avery's physical condition, which, contrary to the inference of the majority, does not prevent him from committing another sexual assault similar to those for which he was convicted.

Avery and the record of the original offense.

The nature of the original offense establishes several of the statutory factors. Avery was charged with and convicted of first-degree sexual assault and second-degree sexual assault of very young victims who were six and seven years old. The children were Mr. Avery's step-grandchildren who were living with him at the time the crimes were committed. Avery pleaded no contest to the charges which constitutes an admission of all the essential elements of the charges. Zanetti v. Steele, P.

Avery was no longer subject to probation or parole; was not receiving any counseling, therapy, or treatment; and was not residing in a home situation that provided guidance and supervision. Further, he refused to accept any responsibility for his conduct and denied ever having physical contact with his step-grandchildren. This denial directly contradicted his nolo contendere plea.

His conviction required that he register his address with the sheriff's office and send a written notice of any change of address within ten days of establishing a new residence. Despite this, he admitted he had not been living at his registered address for over a year. Avery's testimony showed neither. His blatant refusal to even admit the prior offense occurred and failure to comply with the registration requirements provided ample foundation for the district court's conclusion he was not credible and its belief Mr.

Cohee's testimony as an attempt to "hearsay in" evidence concerning improper conduct by Mr. Avery with other minors since his conviction. While it is true that the alleged victims did not testify, Ms. Cohee testified she received a complaint against Mr. Avery in regarding allegations of sexual intercourse with two minors.

She also testified to receiving a complaint in in which a ten-year-old girl claimed Mr. Avery performed oral sex with her. Cohee offered the results of a lie detector test administered on Mr. Avery as a result of those complaints, and Mr. Avery successfully objected to its admission into evidence. Cohee also testified regarding Mr.

Avery's repeated denials of any wrongdoing during her interview with him. The record contains no explanation why the complaints did not result in formal charges. While certainly not proof beyond a reasonable doubt of repetitive behavior or recent threats, which are additional statutory factors to consider, this evidence demonstrated allegations of improper sexual contact with minors continued to be an aspect of Mr. Avery's life. Since this was not a criminal proceeding but, as noted by the majority, was a regulatory one subject to the more lenient standard of proof of preponderance of the evidence, Ms.

Cohee's testimony could certainly have substantiated the district court's belief, when considered together with the other evidence, that Mr. Avery relied to demonstrate a low risk of reoffense was an injury he incurred which apparently caused him to be unable to achieve an erection. Avery nor the majority provides an explanation, and none logically exists, how an inability to achieve an erection reduces the risk a sexual offender will reoffend through other means including fondling and oral sex.

Avery and the majority also suggest that his age of seventy-two years and his aneurysm surgery somehow militate against the risk of reoffense.

While advanced age and poor health may weigh in favor of a lower risk, those factors alone do not mandate such a conclusion. The legislature did not see fit to require such a finding to justify a high risk designation, and this court should refrain from allowing its apparent disagreement with the district court's factual finding to rationalize creation of a requirement not provided by the statute.

Eldridge, U. Skip to Main Content. Home Departments Sheriff Sex Offenders. Sex Offenders Sex Offender Updates The Natrona County Sheriff's office advises residents that state law requires notification if a registered sex offender is living within a minimum of feet of certain areas. This is not a complete listing of all sex offenders but reflects the most current updated address information.

The below referenced Website can be accessed for more complete prior postings. If you have any additional questions, you also can contact the Natrona County Sheriff's Office at No determination has been made that any individual included in the registry is currently dangerous. 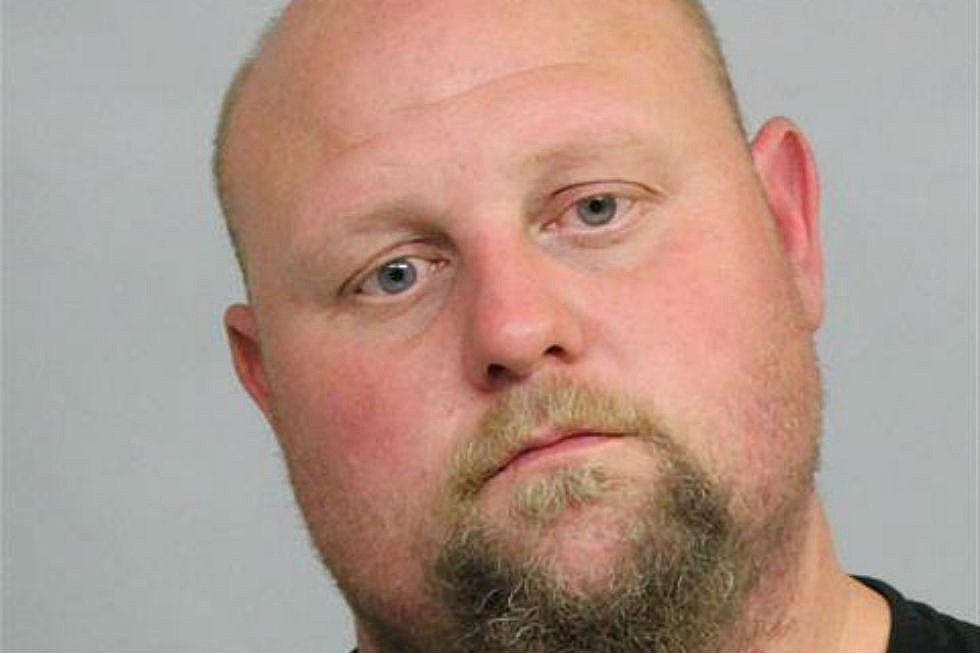 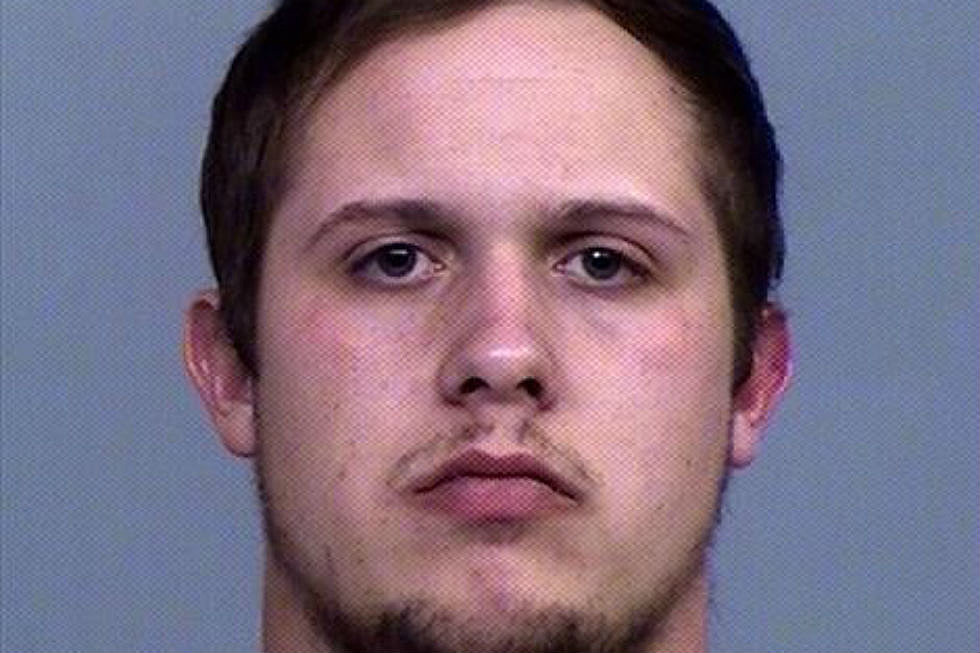